“Floating meeting room” for a Korean bank lounge by Intg

The private lounge was completed for Hana Bank, which is headquartered in Yeouido, Seoul’s primary financial and investment banking district.

Intg, a Seoul-based studio, designed a two-story, 1,104-square-meter lounge with VIP zones and areas for regular customers, as well as various meeting spaces.

The studio’s goal was to create an environment that would encourage clients to visit the branch in person, despite the increasing digitalization of banking.

When visitors enter the lounge, they are greeted by a large glass box in the space’s centre, which is filled with seating and side tables, creating what Intg refers to as a “floating meeting room.”

According to the design studio, the room is inspired by traditional Asian architecture as it is surrounded by a moat of bright blue sand arranged in a swirly pattern.

“It is intended to subtly reflect the way people enter living spaces in traditional Korean houses after stepping over a stone,” said Intg co-founder Daniel Song.

Separate meeting rooms are arranged in an island-like fashion, similar to the Hanok structure, “he continued, referring to the Korean term for such dwellings.

“While traditional bank branches conceal meeting rooms in corners, we placed ours in the centre to instil a sense of value in our customers,” Song explained.

In reference to the strength and security of bank safes, the studio used stone floors and metal to construct the meeting room. 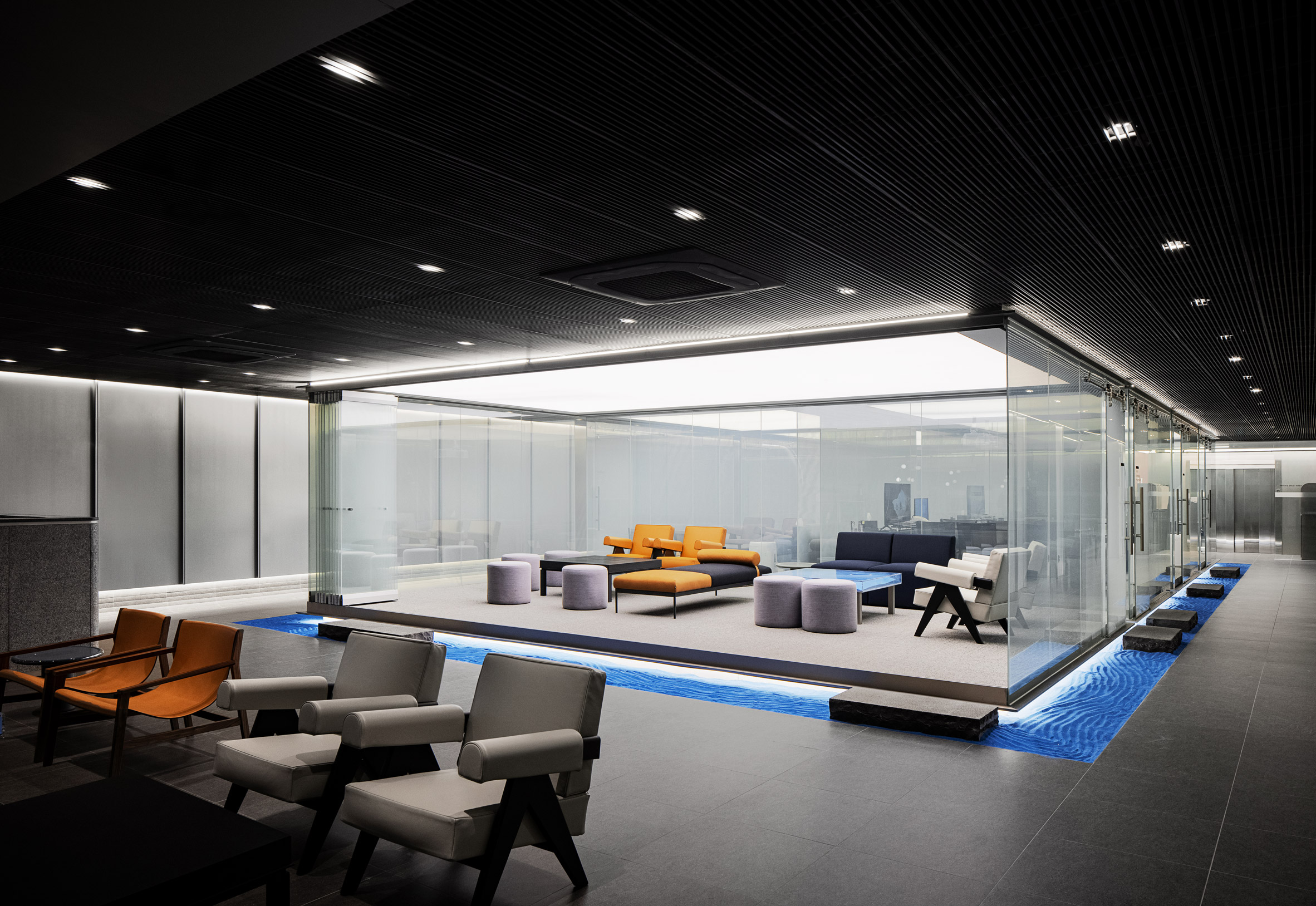 A large, mossy mound of rocks and plants rises from the ground, infusing the otherwise dark and angular lounge with a touch of nature.

The lounge is “designed to blur the lines between digital and analogue with a focus on tactile experience,” Song explained.

Daniel Song and Kate Cho co-founded Intg, which has a portfolio ranging from hotels and residences to work and retail spaces.

Other recent banks and financial institution projects include the Ministry of Design’s “banking conservatory” in Singapore and Jean-Paul Viguier’s metal-clad cash-processing centre in Paris.

How To Create Environmentally-Friendly Buildings